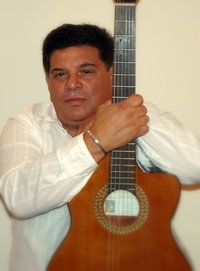 Mike began playing guitar at the early age of nine. After high school he moved to London England, to study classical guitar. A short time later he began his first performances in pubs and wine bars and became a regular patron of Ronnie Scotts Soho Jazz club, Listening to many of the greats: Sonny Rollins, Joe Pass,Rahson Rolland Kirk, Stephan Grappelli. On returning back to Canada Mike enrolled into Jazz studies at Grant Mcwean College.

Encouraged after a lesson with Juno award winning guitarist Brian Hughes He registered into the Berkley College of Music in Boston MA. This was in the Summer of 1980, Boston was a hot bed of young virtuoso guitarist, such as Kevin Eubanks, Mick Goodrick, Bill Frizell, Mike Stern,and Pat Metheny.