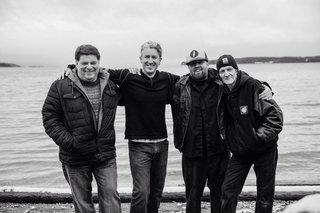 While the band continues to explore the original songs by Jeff Wall, they have developed a unique style that incorporates the influences from all of the members and their individual experiences. With a fluid jam-style sound, reminiscent of bands such as the Grateful Dead and an Americana feel of The Eagles, The Jeff Wall Band finds the harmony between rock n roll and the journey of each and every melody. 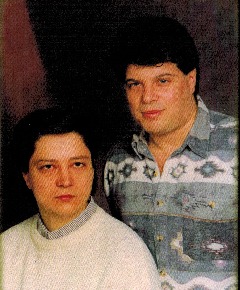 (JAZZ) - Mike met George in Hungary back in 1992, and the two have been collaborating ever since. They recorded their album "China Lily" in Budapest 93/94. Recorded live with no overdubs, "China Lily" features all original songs, a beautiful balance of improvisation and extemporisation of George Perczel's dynamic piano skills and guitarist Mike Lefebvre's writing.

(JAZZ) - Mike Lefebvre and "Perros Libres" have been together since mid 2003, developing their own blend of Latin Instrumental Jazz combined with World Beat songs from Celtic roots, French Canadian and Cajun flavors to African Rhythms and lyrics …

Their Music has gained many fans in all walks of life and has allowed them to play a wide variety of venues and events as suggested buy the following list of gigs played in the last few years.

Godfrey-Brownell Winery
Cowichan Valley BC.
Feast of Fields after Party 2004

Many other Private functions in various locations on Vancouver Island and the Mainland.

The Station House
Langford BC.

Look to the Sea (2006) - recorded live off the floor at a studio in Victoria with the current Perros line-up, and some special guests, available through Perros Libres*

Live at Beklens (2007) - this latest Perros offering was taken from a performance at one of our favorite rooms to play, available through Perros Libres* 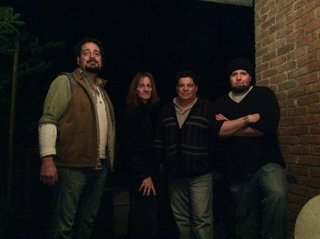 (ROCK) - A four piece indie rock band, of long musical associations and their beginnings going back to late-night backyard bonfire jams. Having held down a number of house gigs in and around Victoria BC. The band has performed in many genres from Latin, Jazz, African, Classic Rock and Celtic.

Jura Rd love to Jam, stretch and create a song on the fly. `Now is the time` is the band philosophy. Enjoy the moment when the music begins to play.